Sweeper World has provided quality sweepers to the Terre Haute, IN area for over 32 years.

The owner is Walter Andrew Herndon. He started selling Kirby vacuum cleaners door-to-door in 1974. He met his wife, Debbie, through his door-to-door sales experience. Debbie reminisces that “I didn’t have enough money to buy one I just wanted the free pots and pans that he was offering.” She had no idea that they would later be married and have four beautiful daughters.

A few years later, he began to manage a store in Clermont, Indiana where he learned the service industry and improved his selling techniques. After a few short years, he was offered a better position at Discount Vacuums in Indianapolis as the store manager which he decided to take. While he was the manager of this store he helped to elevate this store as one of the highest-selling Sanitaire retailers in the local Indianapolis area.

After successfully managing this store for several years, he decided to look for another location that he would be the sole proprietor of. He decided to move his family to a smaller city that would be a better place to raise a family. So, in 1987 he moved to Terre Haute, Indiana where he opened up Discount Sweeper World.

Over the next several years, Walter sold thousands of machines and was ranked the top Sanitaire salesperson in a fifteen state radius. After several years in the industry, the carpet manufacturers changed the design of the carpet. So, after careful consideration, he began to search out a product line that was committed toward producing the best vacuum in the industry and developing the best relationship with its local retailers.

In 1992, Sweeper World became the local Simplicity vacuum dealer for the Wabash Valley. Simplicity has always been known for being cutting edge in the vacuum industry and has allowed the family business to flourish in an often struggling economy. In 1998, Sweeper World was recognized as one of the top ten retailers for Simplicity in the United States. After several years of struggling to find a skilled mechanic, Walter decided to hire his eldest daughter Angel Love Herndon who became the vacuum technician and part-time store manager. In 2001, she was honored but the Vacuum Dealers Trade Association with the VDTA scholarship which blessed her with the ability to graduate from college with no debt. After graduation, she decided to stay on in the family business and work full-time as the store manager and vacuum tech. Their second daughter, Starr Light Herndon was also awarded this very prestigious scholarship in 2003.

In 2008, the store decided to expand its product line by carrying Miele. It’s a German-engineered vacuum line that has been known worldwide for its superior quality and workmanship. Since we’re committed to excellent customer service, recently we decided to become a Dyson dealer and warranty station. Many local retailers sell Dyson vacuums but they do not service them. We believe this sets us apart from many of our local competitors.

As the family continues to grow and expand, we’re excited that the youngest daughter, Summer Snow Herndon has found an interest in the vacuum service industry too. We hope that you will choose to let us be your vacuum experts when you need us. We’re committed to excellent customer service and selling the highest quality merchandise at a reasonable price. Our commitment toward our customers has set us apart and will allow us to continue to flourish in the vacuum industry over the next forty years. 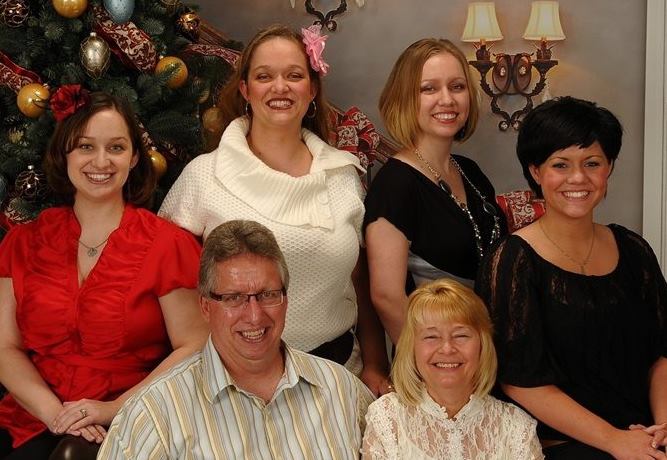 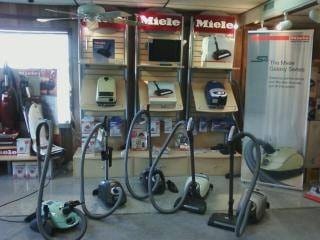